Farewell To A Rose 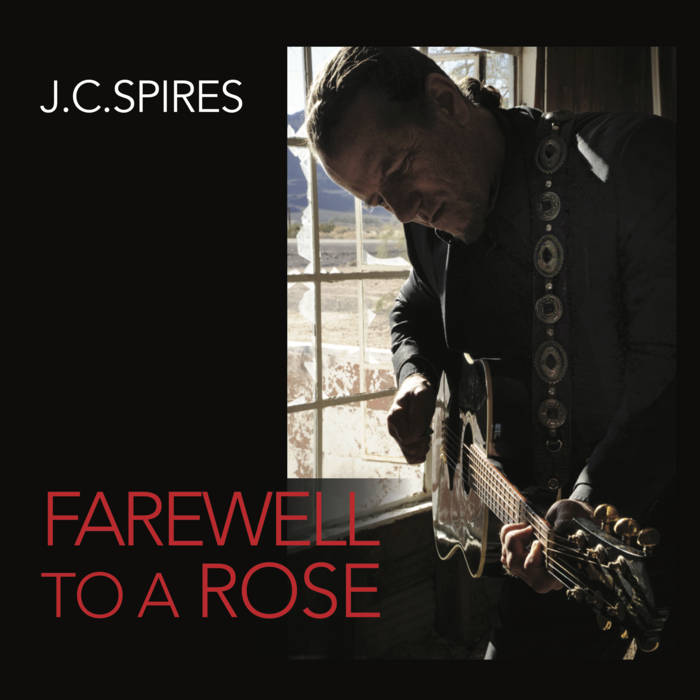 Stark, beautifully poetic LA based musician, J.C. Spires’ new album “Farewell To A Rose” introduces a seriously original artist. Delivering mesmerizing songwriting and vocals with arrangements, production, and performances that are as epic as they are intimate, this one time John Lee Hooker sideman has moved far beyond his blues beginnings into a sound that's all his own.
This is haunting, emotionally resonant neo Americana. Featuring full bodied acoustic guitars, lush orchestral flourishes, and disarming intimacy, "Farewell To A Rose" will bear witness to your life, the lives you've loved and lost, and the captured essence of a musical journey via J.C. Spires.
--------------------------
"The meticulously crafted “Farewell To A Rose” produced by Spires was recorded with:
Steve Welch, (former music director for Barry Manilow) on piano, organ, and orchestration,
Burleigh Drummond (Ambrosia) playing drums,
Justo Almario (Mongo Santamaria) on his ethereal flute;
Ingrid Chun (L.A. Phil) cradling violin;
Peggy Baldwin (ELO) heavenly on cello,
Domenic Genova (The Simpsons) on bass and
Angela Carole Brown (the Slow Club) supporting on backing vocals.

Spires is an artist whose songs are really deep thoughts directly related to HIS experiences and the delivery is so touching and heartfelt as to be a form of religion in their devout truth and when he sings it usually has the feeling of a prayer and a blessing. He’s moved well beyond the blues format to a reverent and more soulful place. [Similar to Leonard Cohen] in that there is a depth of spirituality, a lust for lost and losing at love, and a stark and poetic feel for delivering sentiment in the simplest words and phrases. The depth to J.C.’s voice seals that.”
-------------------------
James J. Spina , Former music editor of Hit Parader Magazine

J. C. Spires is that uniquely zoned troubadour harboring a lifetime of emotion and musical talent in an inimitable brand of heartfelt individualism. It’s in the voice. It’s in the guitar. And, most intimately, it is in the songs. There’s prose. There’s poetry. And then there is prayer. Spires kneels to all of those altars. Hearing him is an experience of reverence and awe.
-- James J. Spina, ... more

Bandcamp Daily  your guide to the world of Bandcamp